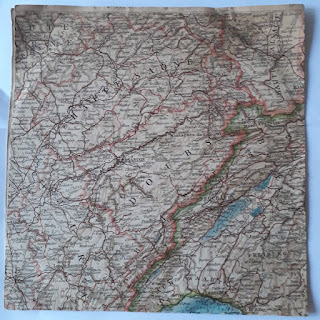 Cyklon/Anticyklon was formed in the beginning of the 80's by Peter Bonde, Tomas Ortved and Per Jacobsen. They released this single in cut-out pieces from an old map showing regions of Switzerland. The record consists of three compositions of post punk noise no wave rock. This could as well have been produced in New York at approximately the same time, but instead was made in Denmark. This is good stuff.