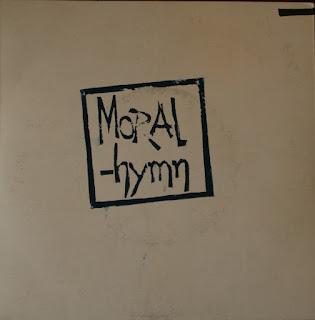 Second and last release for Swedish gothic post punk band Moral. They still got that dark, manic sound but still manages to write a hit on the a-side. As I said before this is highly recommended stuff! After this the band split up and I think some of the members later played in a band called Laser Jesus.